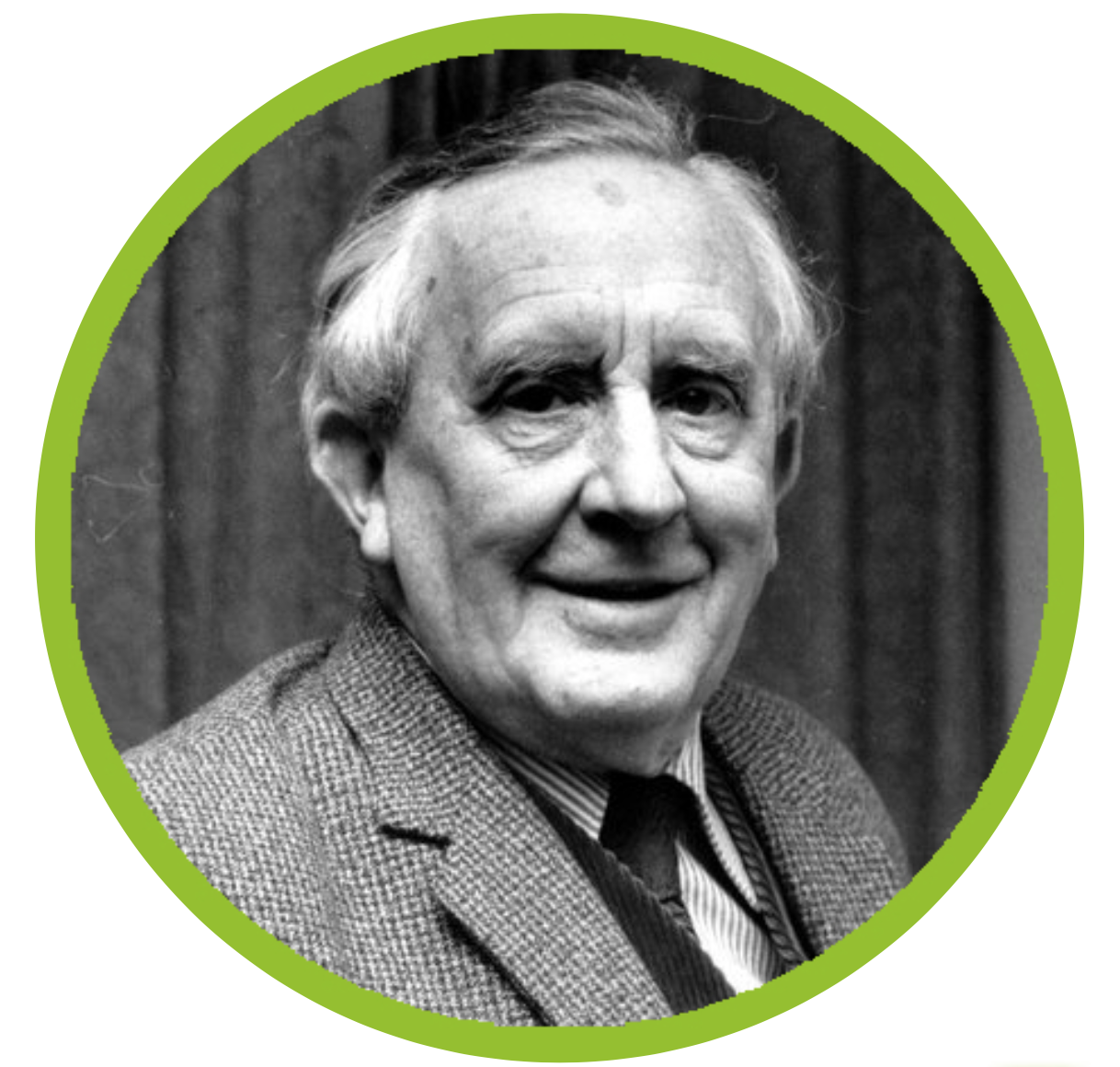 J.R.R. Tolkien wrote popular books of fantasy fiction. The most famous of his books are The Hobbit and The Lord of the Rings.

Tolkien published The Hobbit in 1937. The main character of the book is a short, furry-footed creature called a hobbit. The story takes place in a fantasy world called Middle-earth. It has been translated into more than 50 languages and is the ninth best-selling book of all time with 100 million copies sold.

The Lord of the Rings, published in 1954 and 1955, also takes place in Middle-earth. This novel is sometimes divided into three parts: The Fellowship of the Ring, The Two Towers, and The Return of the King. It is the fourth best-selling book of all time with 155 million copies sold and the most sold fiction book of all time.

JRR Tolkein's work in Leaf through a good book