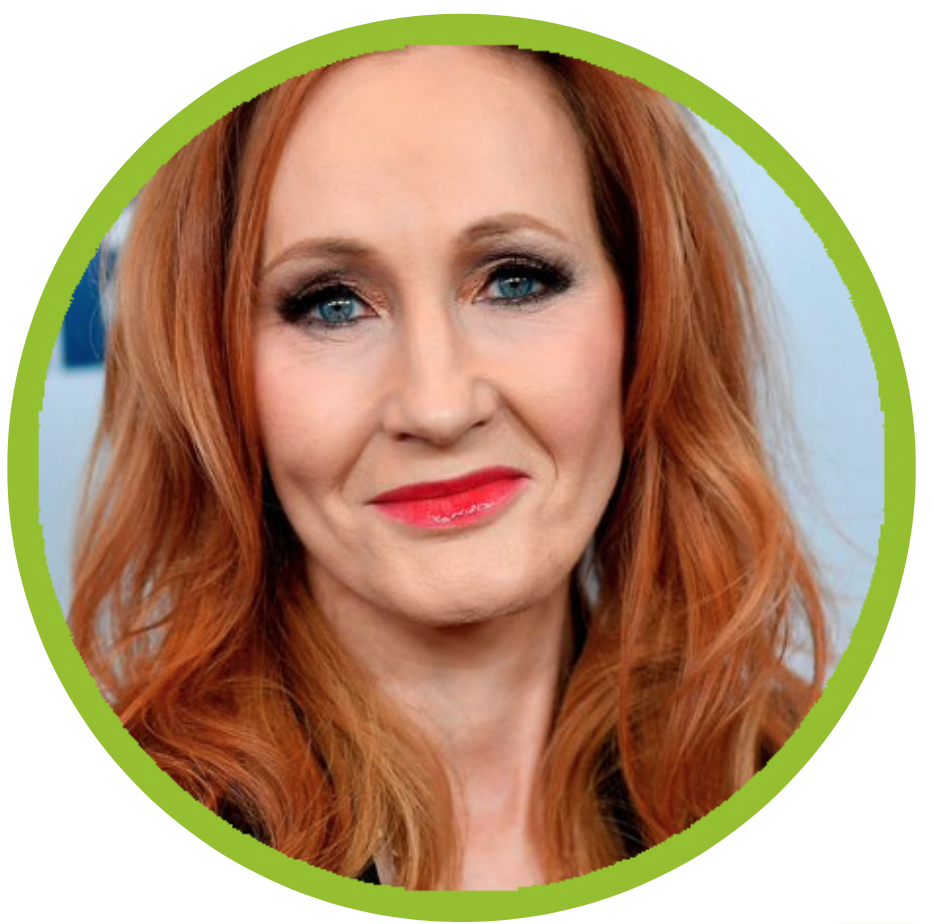 Joanne wrote a seven-volume children's fantasy series, Harry Potter, published from 1997 to 2007. The series has been enormously successful: it has sold over 500 million copies, been translated into at least 70 languages.

JK Rowling's work in Leaf through a good book