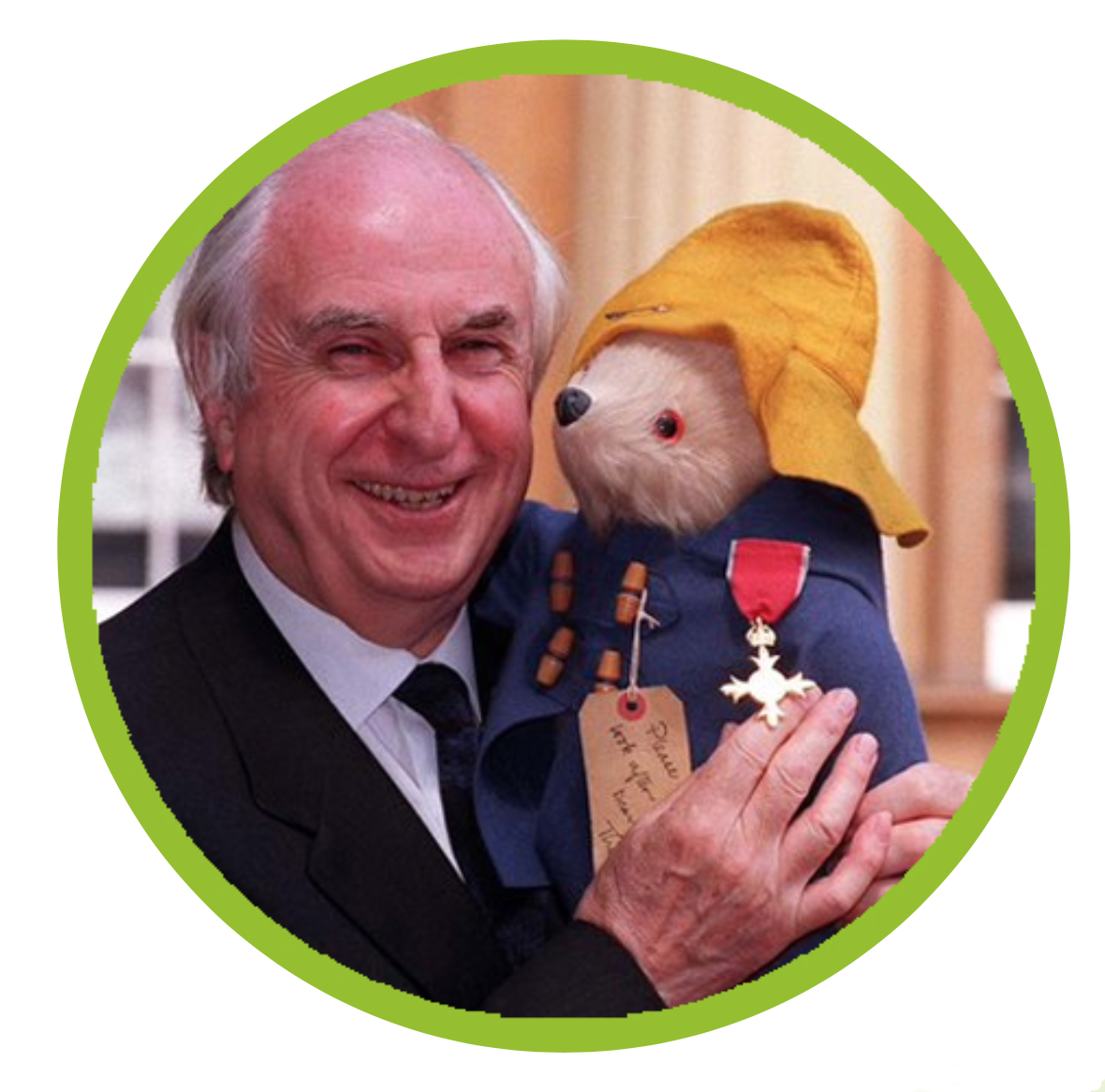 Michael was a British author. He is best known for a series of fictional stories for children, featuring the character of Paddington Bear. More than 35 million Paddington books have been sold around the world, and the characters have also appeared in popular film series and on television. His first book was published in 1958 and his last in 2017, a span of 59 years.

Michael's book in Leaf Through a Good Book